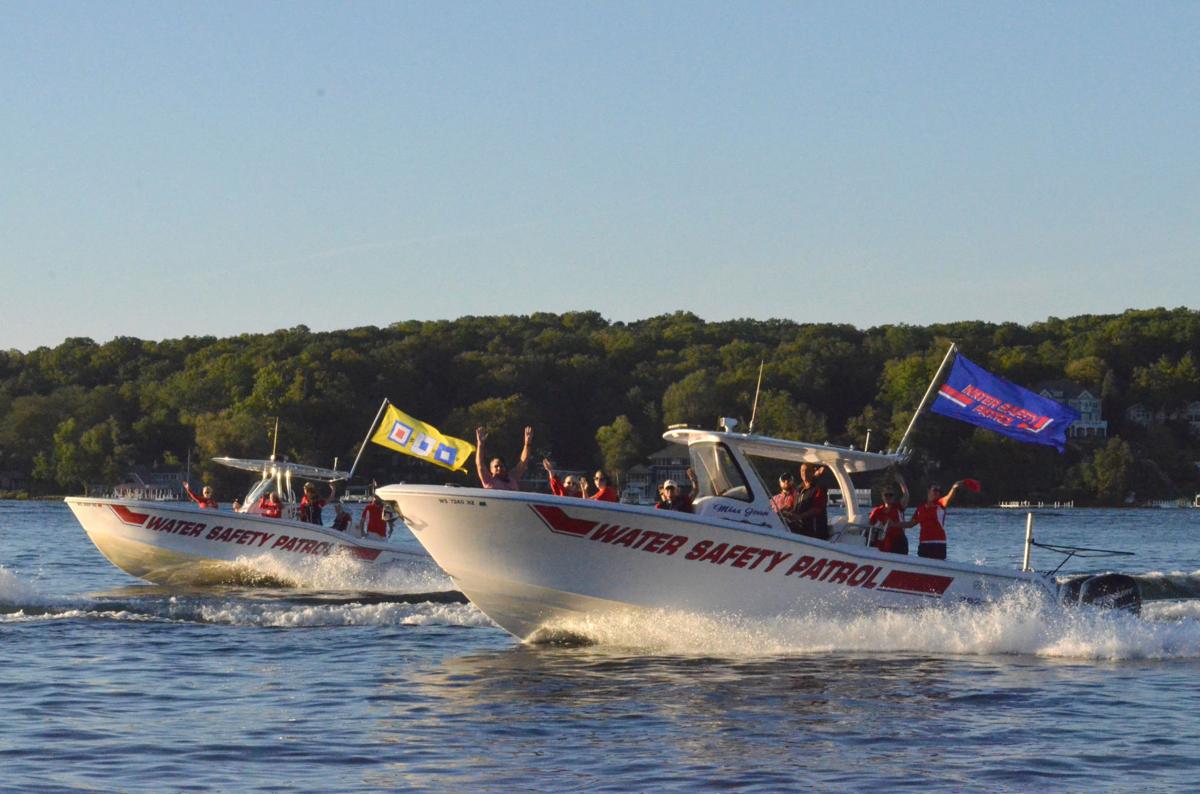 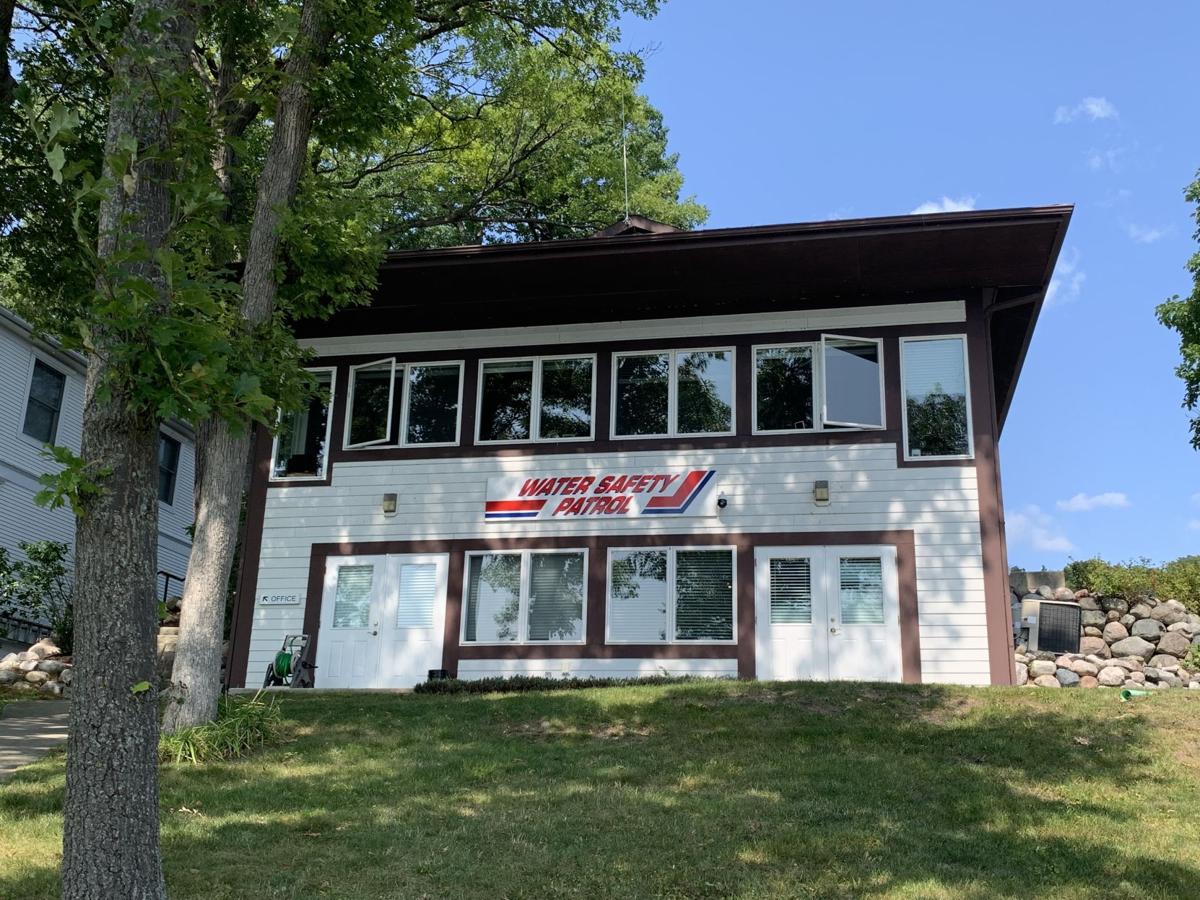 The Water Safety Patrol is headquartered out of a building in Williams Bay by George Williams College.

Five Patrol boats started at their George Williams College headquarters and traveled clockwise for a 45-minute trip. Community members gathered along the shore to greet the crew and commemorate the end of another summer at Geneva Lake.

Director Ted Pankau said the tradition began as a way to thank the community for supporting the Patrol through the season.

“And now it’s evolved,” he said. “It’s us thanking them for their support and them thanking us for our service.”

While Labor Day may symbolize summer’s end, Pankau said the season continues for the Water Safety Patrol. The crew is expecting busy weekends ahead, he said, though there is a sense of relief as boat traffic begins to thin out during the week.

The past two summers have been demanding of the Patrol, Pankau said. Last summer brought a slew of new boaters to Geneva Lake amid the COVID-19 pandemic.

“It was one of the few things they could do,” he said. “So many other activities were shut down.”

Many of these boaters were first-timers, Pankau said, who were eager to get back on the water this year.

“And with a lot of new boat owners you find a lot of uneducated boaters,” he said.

The Boat Patrol is on duty from 9 a.m. to 9 p.m. during the summer and on call for emergencies 24 hours a day. They field a wide range of calls, from mechanical issues to capsizings. They have responded to higher numbers of calls since the influx of beginner boaters, Pankau said.

New boaters are often unfamiliar with boating laws and safety regulations, Pankau said, and are ill-equipped to handle emergencies. The Patrol offers boat safety classes for this reason.

Teaching and upholding boat safety is a weighty task, Pankau said. The Patrol’s team chemistry and enthusiasm is important for carrying out this ceaseless work. Pankau spoke proudly of this year’s crew.

“It was a highlight for me to watch that enthusiasm translate into hard work and dedication on the water,” he said.

The Patrol mourned this summer’s two drowning victims — 22-year-old Fadi A. Albazi and 31-year-old Antonio F. Delasancha Jr. — with the rest of the community. Such losses cut deep, Pankau said, for a crew dedicated to keeping Geneva Lake safe.

If there’s one message he wants to get through to community members, Pankau said, it is the importance of wearing personal flotation devices (PFDs). PFDs are essential to water safety, whether you are on a boat or taking a swim with a boat nearby.

“You never know how quickly a boat can drift away,” Pankau said.

And if you encounter someone struggling in the water, step one is to toss them a PFD — a seat cushion could work, Pankau said. If you must get in the water yourself, he said, secure your own life jacket first and bring a PFD with you for the other person.

The Water Safety Patrol is headquartered out of a building in Williams Bay by George Williams College.