WASHINGTON (AP) — After more than a year of circling each other, Republican President Donald Trump and Democratic challenger Joe Biden met on the debate stage Tuesday night in Ohio.

The 74-year-old president and the 77-year-old former vice president are similar in age, and they share a mutual dislike. But they differ starkly in style and substance. All of that was evident from the outset on the Cleveland stage.

Here are key takeaways from the first of three scheduled presidential debates before Election Day on Nov. 3.

Trump is no stranger to going on offense, but his aggressive posture on stage left his Democratic opponent fighting to complete a sentence. Trump frequently interrupted Biden mid-sentence, sometimes in intensely personal ways.

"There's nothing smart about you," Trump said of Biden. "47 years you've done nothing."

While Trump played into his reputation as a bully, it may have been effective at breaking up the worst of Biden's attacks — simply by talking over them.

Trump aides believed before the debate that Biden would be unable to withstand the withering offensive on style and substance from Trump, but Biden came with a few retorts of his own, calling Trump a "clown" and mocking Trump's style by asking, "Will you shut up, man?"

Trump's supporters may have been cheered by his frontal assault. Whether undecided voters, who watched the debate to try to learn about the two candidates, were impressed is another matter.

Moderator Chris Wallace was none too amused, delivering a pointed reproach to Trump for his interruptions. "Frankly, you've been doing more interrupting," Wallace said, appealing to Trump to let his opponent speak.

Trump has wanted the election to be about anything but the coronavirus pandemic, but he couldn't outrun reality on the debate stage.

"It is what it is because you are who you are," Biden told the president, referring to Trump's months of downplaying COVID-19 while he said privately he understood how deadly it is.

But Trump didn't take it quietly. He proceeded to blitz Biden with a mix of self-defense and counter-offensives. 200,000 dead? Biden's death toll would have been "millions," Trump said. A rocky economy? Biden would've been worse. Biden wouldn't have manufactured enough masks or ventilators.

The kicker: "There will be a vaccine very soon."

Biden fell back on his bottom line: "A lot of people died, and a lot more are going to unless he gets a lot smarter."

For voters still undecided about who'd better handle the pandemic, the exchange may not have offered anything new.

Trump said Biden was the politician who helped put millions of Black Americans in prison with the 1994 crime law. Biden called Trump "the racist" in the Oval Office.

For a nation confronting a summer of racial unrest — and centuries of injustice — the debate was the latest cultural flashpoint.

Biden was quiet as Trump blitzed him as a tool of the "radical left" and a weak figure who opposes "law and order." He pressed Biden repeatedly to name any police union that's endorsed him. He falsely accused Biden of wanting to "defund the police."

Biden didn't capitalize when Trump refused to condemn armed militias and insisted, against the guidance of his own FBI director: "This is not a right-wing problem. This is a left-wing problem."

"Proud Boys, stand back and stand by," Trump said when pressed on the far-right group. "But I'll tell you what, somebody's got to do something about antifa and the left."

The former vice president tried to push back, but not until after Trump had made his arguments, including the misrepresentations.

Biden regained some footing mocking the president's warnings about suburbs, saying, "He wouldn't know a suburb unless he took a wrong turn." And perhaps revealing the thinking about allowing Trump the rhetorical upper hand, Biden said, "All these dog whistles and racism doesn't work anymore."

Biden said he was "not opposed to the justice," but said the "American people have a right to have a say in who the Supreme Court nominee is."

But rather than litigate Republicans' 2016 blocking of Merrick Garland to the high court, Biden quickly pivoted to the issues that will potentially come before the court: healthcare and abortion. It's an effort by the Democrat to refocus the all-but-certain confirmation fight for Trump's third justice to the Supreme Court into an assault on Trump and his record.

Biden said Barrett, who would be the sixth justice on the nine-member court to be appointed by a Republican, would endanger the Affordable Care Act and tens of millions of Americans with preexisting conditions, and would imperil legalized abortion. It was a reframing of the political debate to terms far more favorable to the Democrat, and one Trump played into. Trump said of the conservative Barrett, "You don't know her view on Roe vs. Wade" and he defended his efforts to try to chip away at the popular Obama-era health law.

Biden has tried to press Democrats to use the court confirmation fight as a rallying cry against Trump, and the debate discussion largely played out on his turf.

Debate moderator Chris Wallace of Fox News tried mightily to hold his ground Tuesday after saying beforehand that it was not his job to fact-check the candidates, especially Trump, in real time.

But Wallace struggled to stop Trump from interrupting and at times seemed to lose control of the debate.

"Mr. President, as the moderator, we are going to talk about COVID in the next segment," Wallace said.

Soon after: "I'm the moderator, and I'd like you to let me ask my question."

Minutes later: "I have to give you roughly equal time. Please let the vice president talk."

And when Wallace noted that Trump hasn't come up with his health care plan in nearly four years, Trump turned the question back on Wallace.

"First of all, I'm debating you and not him. That's okay. I'm not surprised."

Wallace said he wanted to be "invisible."

Well, that was impossible.

As expected, Trump found a way to bring up Hunter Biden, the former vice president's son, and recycle allegations about the younger Biden's international business practices. Biden called Trump's litany "discredited" and fired back, "I mean, his family we can talk about all night."

But Biden sidestepped any of the specifics of Trump's international business dealings and instead turned straight to the camera. "This is not about my family or his family," Biden said as Trump tried to talk over him. "This is about your family."

In a later exchange, Trump interrupted Biden when he was talking about his late son, Beau Biden, who died of cancer in 2015 after having served in Iraq.

Get Election 2020 & Politics updates in your inbox!

Keep up on the latest in national and local politics as Election 2020 comes into focus.

Your Wednesday morning headlines: Coverage of last night's tumultuous debate; Serena bows out of French Open; plus the weather, celebrity birthdays and more.

Watch the key moments from the final presidential debate 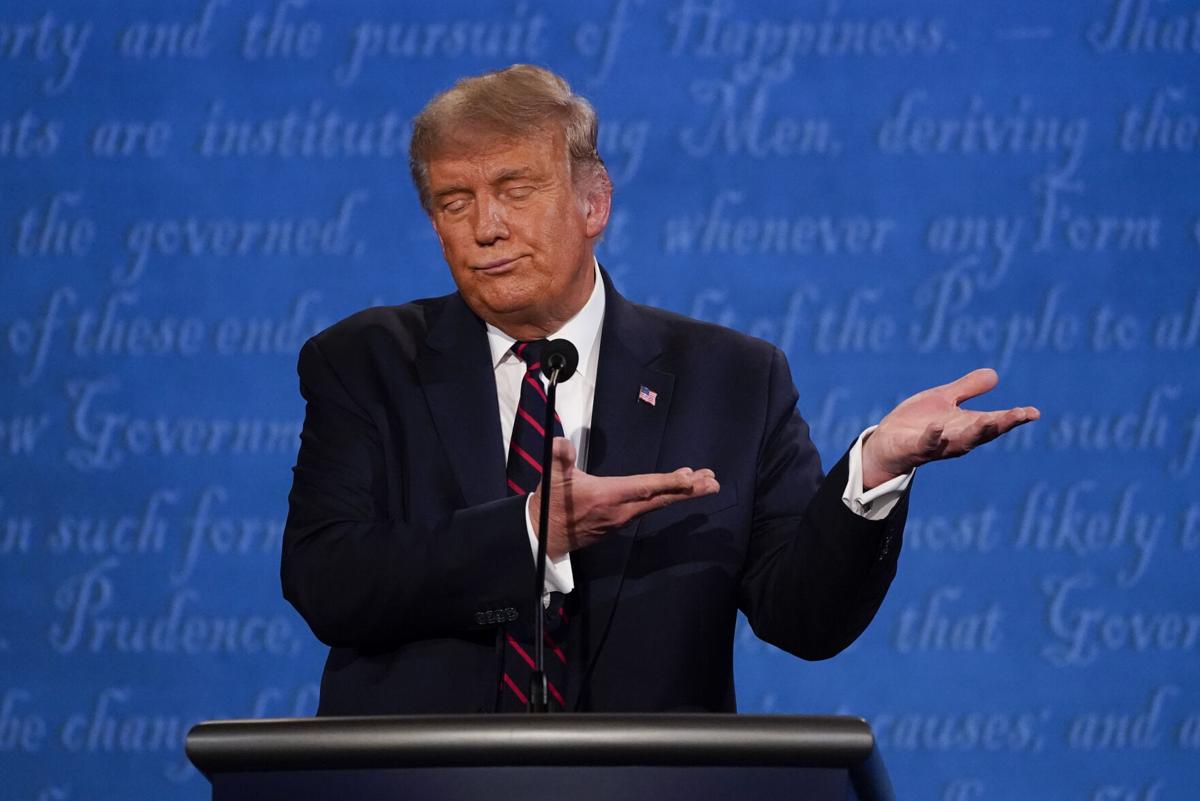 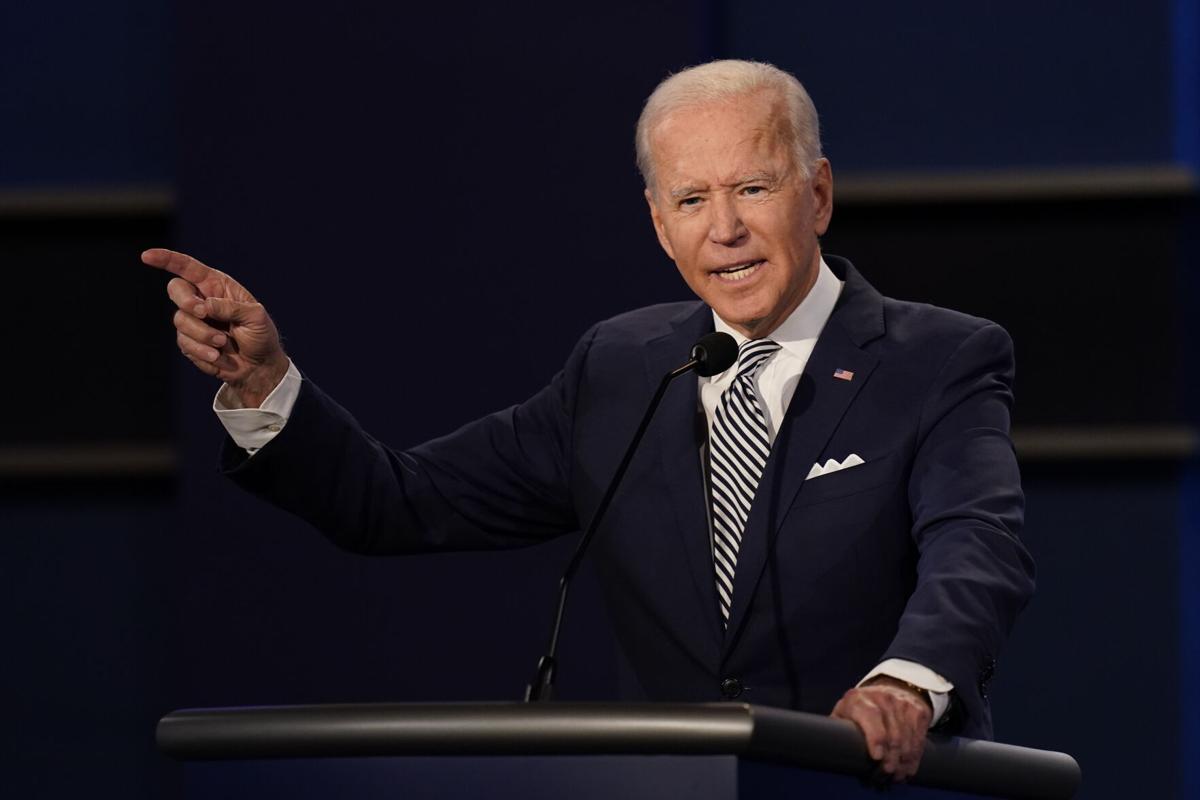 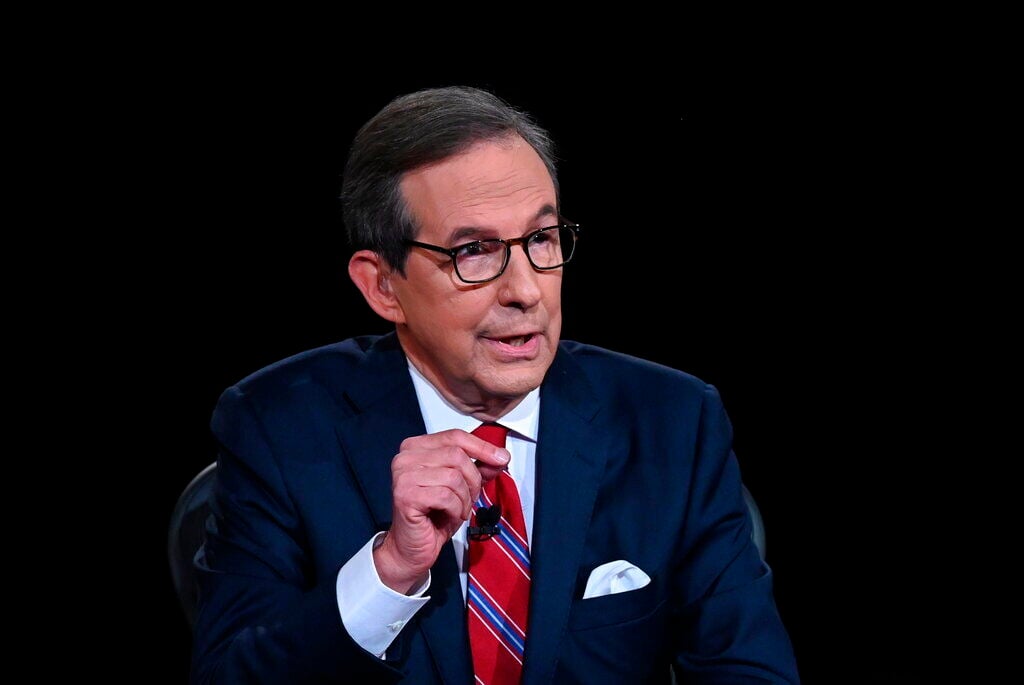