WILLIAMS BAY — It is an anniversary that nobody is celebrating.

Yerkes Observatory has been closed for one year, leaving a dark hole in Williams Bay where there was once scientific enterprise, community engagement and civic pride.

The observatory shut its doors to the public on Oct. 1, 2018, after more than a century as an iconic attraction — once visited by Albert Einstein — on the Williams Bay lakefront.

Reaching the one-year anniversary of the shutdown has left civic leaders and others close to Yerkes feeling melancholy about the past, uneasy about the present and apprehensive about the future.

“It is a little cemetery-like,” he said. “It is somewhat tomb-like.”

Some in the community find it hard to believe that a year has passed without any decisions being announced about the observatory’s future.

The University of Chicago, which owns the property, has been tight-lipped publicly for several months about whether Yerkes is going to be sold, donated — or just left to sit there empty.

Jim Gee, the former longtime director of Yerkes, said he is disappointed that the university, his former employer, has not been more forthcoming about its intentions.

“Nothing makes sense,” Gee said. “It doesn’t make sense to any of us.”

The university shocked the Lake Geneva region on March 7, 2018, by announcing that Yerkes was closing because it was obsolete as a research facility and no longer served a meaningful purpose for the Chicago educational institution.

Although it was cutting-edge for decades after it opened in 1897, the star-gazing laboratory was no longer needed.

Jim D’Alessandro, president of the Williams Bay Business Association, said the past year has left him with a sense that the community has lost a degree of distinction that it enjoyed as the home of Yerkes Observatory.

In recent years, D’Alessandro said, the observatory remained a popular attraction for tourists and other visitors who had an interest in the history behind the landmark science laboratory.

“The loss of the prestige of that image is starting to set in,” he said. “That’s where the sadness comes in.”

The end came officially on Oct. 1, 2018, when a newly erected gate was locked across the main road, with a sign reading, “Facilities Closed To The Public.”

Kate Meredith, former director of education outreach at Yerkes, still walks around the observatory and its familiar domed facilities nearly every day. She has been inside only once since it closed.

“I take a walk around and look at my old home,” she said.

Meredith and other former staffers have formed a new private group aimed at maintaining various educational programs that were part of Yerkes when it was open.

The group is holding out hope that a new operator will reopen the observatory under some new arrangement. But as the weeks have turned into months waiting for that to happen, Meredith and her group have grown increasingly anxious.

“It’s very concerning,” she said. “If we pass the one-year mark, that begs the question, ‘How long?’”

Officials at the University of Chicago could not be reached for comment.

Another private group of civic leaders — calling their group the Yerkes Future Foundation — has been working behind the scenes on some sort of agreement that would allow the nonprofit foundation to take ownership of Yerkes and reopen it.

Months of talks have taken place without any reported deal, complicated somewhat by the emergence of Yerkes family members who might have ownership rights on the observatory.

Gee said he has talked with a family representative and has been assured that the Yerkes family is not exercising any claim that would prevent a deal with the Yerkes Future Foundation.

“As far as I know, they’re not standing in the way of anything,” he said.

As the village president, Duncan said he suspects it has become a cumbersome task of clearing title on the property and effecting some sort of transfer to the foundation.

Duncan said he, too, is surprised that a year has passed without more progress.

“I know folks are getting frustrated,” he said. “I think it’s going to take some patience.”

Unlike Meredith, Gee said he cannot bring himself to walk past Yerkes.

Gee, who managed the place for 27 years, is certain that the caretaker would welcome him inside for a visit. But the former observatory manager said he worries that it would be too painful if his old workplace has undergone major changes.

“That would be horrible,” he said.

Meredith said she can recall when summertime at Yerkes would bring a fresh crew of college-aged interns to spend a summer studying alongside the faculty and staff at the observatory. Sometimes as many as 14 interns would be around in the summer.

With only a small storefront office on the other side of town, Meredith’s private group, known as GLAS, offered internships this summer to three students. Meredith said it was not easy being unable to work inside Yerkes with the interns.

“To not have that is really difficult,” she said. “This summer was tough.”

Musicians of all ages

A lot of music!

Blast from the past 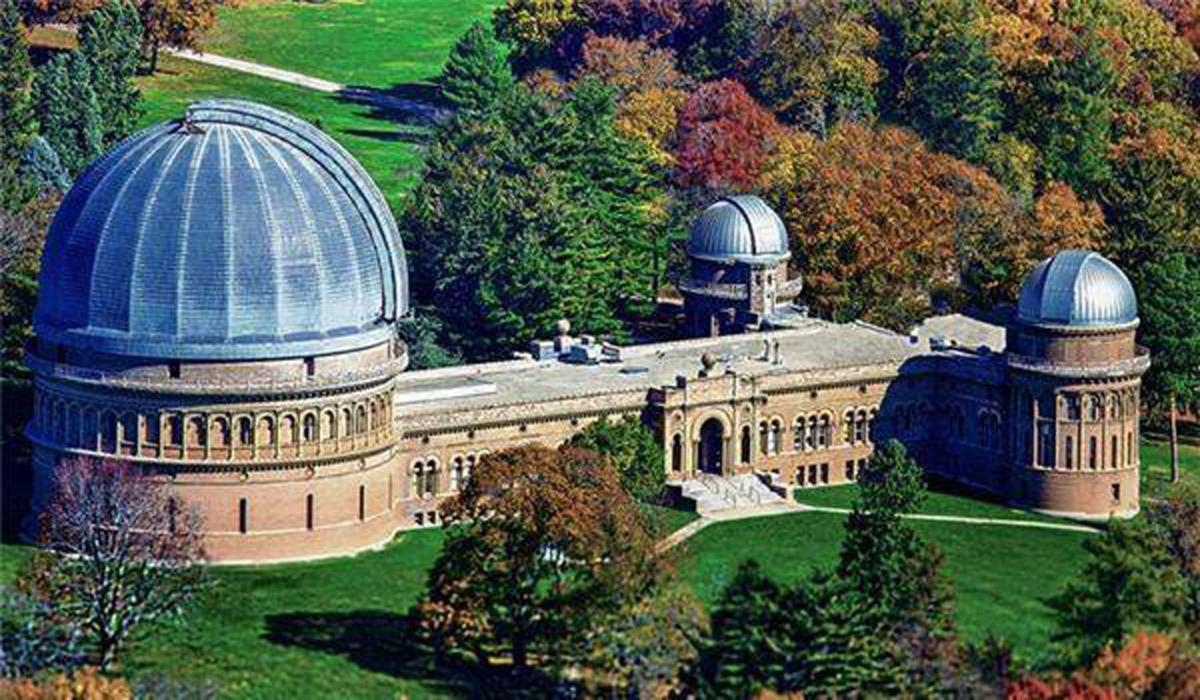 Yerkes Observatory, shown in this aerial image high above Williams Bay, has been closed to the public for one year effective Oct. 1, after more than a century of scientific research and education. 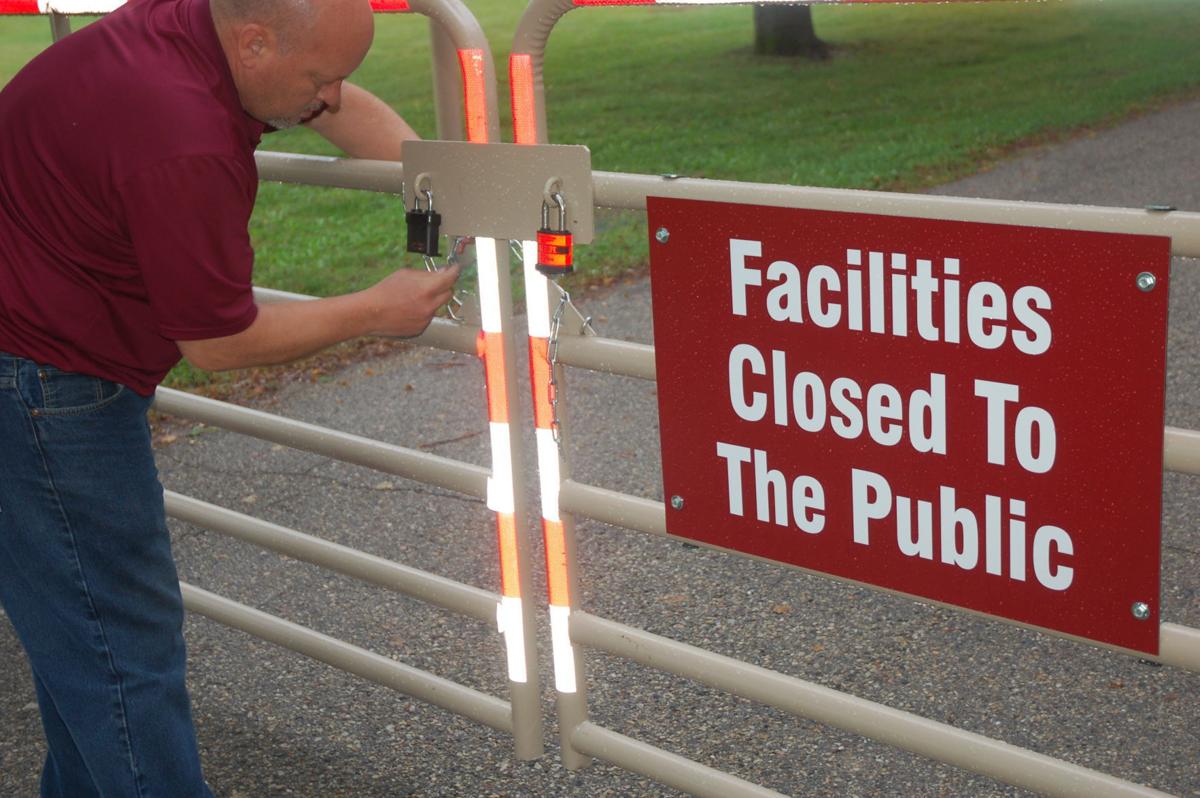 With the snap of a lock on a gate, Kevin Austin, senior director of facilities for the University of Chicago, officially closes off public access to Yerkes Observatory at 3:45 p.m. on Oct. 1, 2018.