MADISON — Lawmakers and the public appear largely divided over the necessity of a bill that would require mandatory punishments for any University of Wisconsin student who “materially or substantially disrupts the free expression of others.”

Members of the Assembly Committee on Colleges and Universities split along party lines over whether the bill would have a “chilling effect” for campus free speech or be a protector of it.

Rep. Katrina Shankland, D-Stevens Point, criticized the bill as “a bad solution in search of a problem,” and worried the mandatory punishments in the proposal would cause students to hold back on expressing themselves freely out of fear of retaliation.

AB 444 would suspend UW students for a minimum of one semester if a formal investigation and disciplinary hearing found them responsible for two offenses. Students would then be expelled after a third charge.

“You are choosing to limit what people would even say in a public forum, because they’d be so afraid of being disruptive that they wouldn’t even challenge someone who deserves to be challenged,” Shankland said at the hearing on Dec. 12. “They will not even engage in civil debates, because they will not have time to run around with definitions of “material,’ ‘substantial’ or ‘disruptive.’”

But the bill’s co-author Sen. Chris Kapenga, R-Delafield, fired back, saying the language is meant to only go after students who are outright harming or disrupting others to the point where their constitutional freedoms are infringed upon.

“Free speech ends when you limit the free speech of others,” Kapenga said. “It doesn’t matter the ideology. The point is, we’re protecting your ability to speak, regardless of what’s on your mind. We’re ensuring that 100 percent of speech is heard.”

While all agreed the goal is to protect First Amendment rights, Shankland and the Democrats were steadfast in their assertion that the bill could “backfire tremendously.” Democrats also criticized the timing of the public hearing for taking place during final exams week on many campuses, making it difficult for students to come out to the hearing and voice their opinions.

Shankland told Kapenga the conservative think tank Wisconsin Institute for Law and Liberty even declared opposition to AB 444 because of its mandatory punishments. The Delafield Republican said that while he took into consideration the opinions of everyone, he and his fellow lawmakers were the ones elected to make policy, “not the organizations.”

The UW System Board of Regents is currently in the process of drafting an amendment to administrative code with similar language. Murphy pointed out that the UW System’s amendment originated after the freedom of expression bill began circulating the Legislature in the previous biennium.

Any final bill or administrative code amendment would need the governor’s approval.

Gov. Tony Evers voted “no” on the proposal when he sat on the board as superintendent of public instruction. And a spokeswoman for the governor previously said his opinions on the matter “haven’t changed” since assuming office.

Mother's back injury leaves family unable to keep up

Another view: Beat the purge by checking your voter status now

Fasten your seatbelts, 2020 is here, and we predict it is likely to be a barn-burner festooned with all sorts of political chicanery, attack a…

If Paul Ryan is worried about “liberal gerrymandering” following the 2020 census, he should support a nonpartisan process for drawing fair vot…

Another view: Stop playing politics with aid for the homeless

The leaders of the state Legislature’s budget committee didn’t like it when Gov. Tony Evers tried to pressure them to release money that’s in …

A Happy New Year to all of the readers of the Lake Geneva Regional News. May 2020 be a very good year for you. 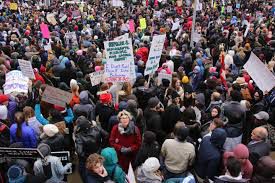 Under a legislative proposal in Madison, students demonstrators could be disciplined or expelled if college administrators determine that the students have disrupted other people’s free speech.