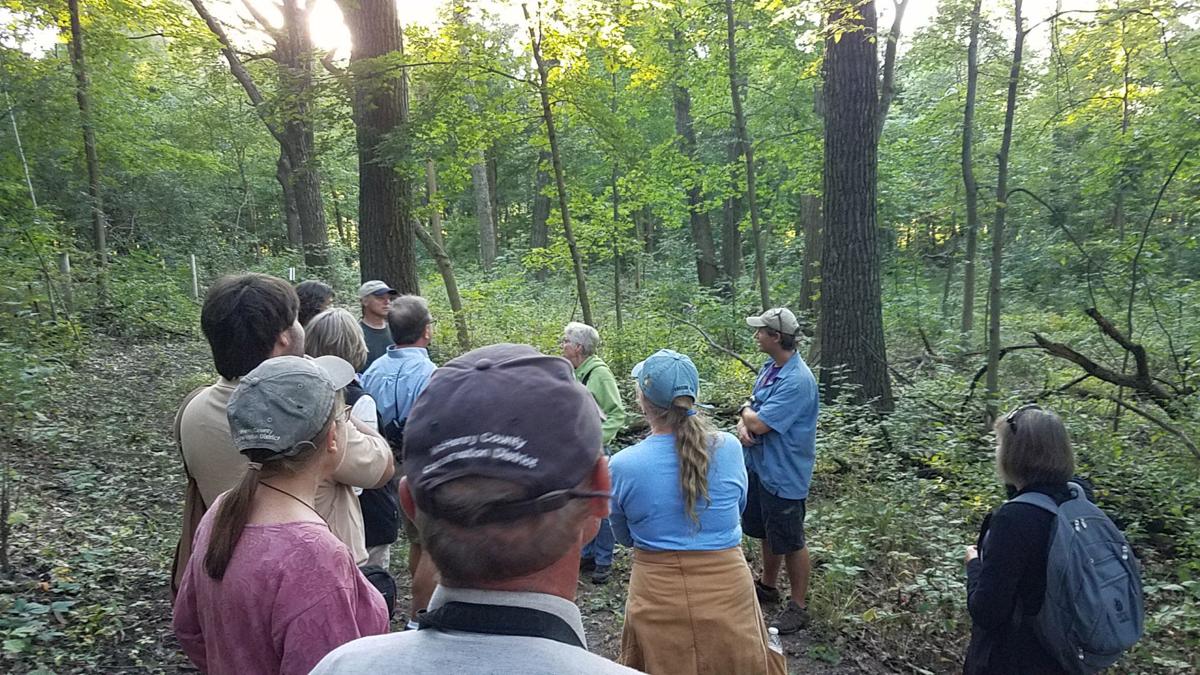 The woods at Hackmatack National Wildlife Refuge, Highway H, town of Bloomfield, are waiting to be explored. (Contributed photo/Regional News) 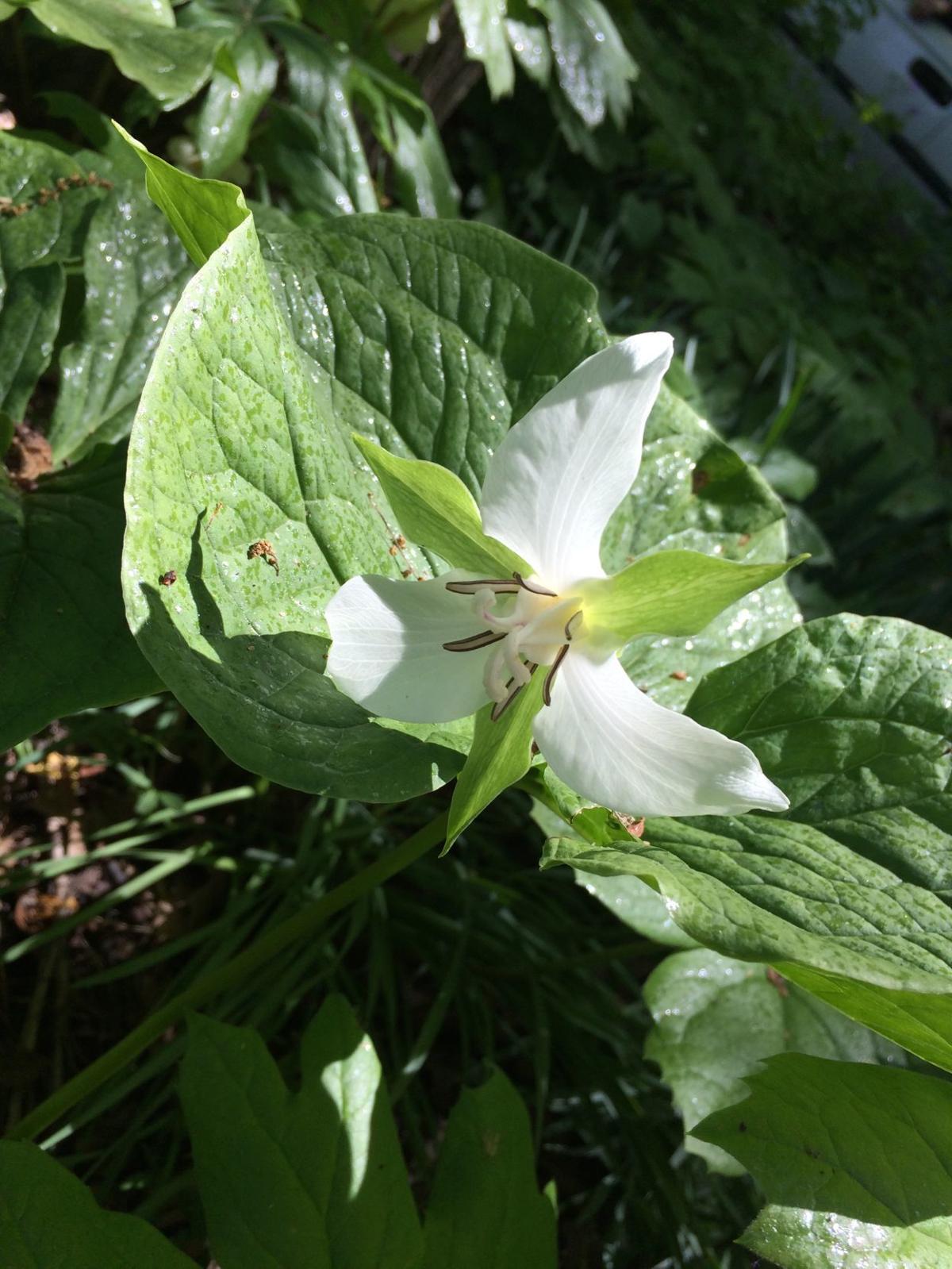 A Nodding Trillium, one of numerous wildflowers to be discovered in the spring at the Highway H Hackmatack site. (Contributed photo/Regional News) 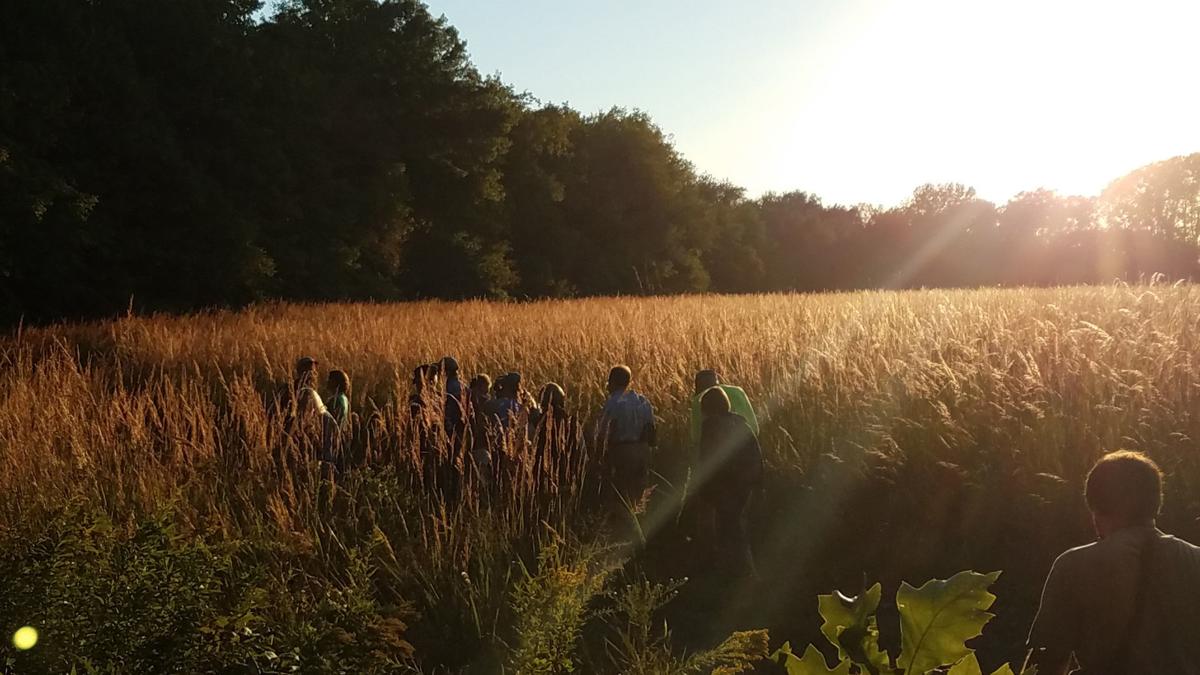 Prairie sundown at the Hackmatack refuge site on Highway H, town of Bloomfield. (Below) The 86-acre site, including its impressive woodland, is open to explore. (Contributed photos/Regional News)

BLOOMFIELD — Up a narrow drive that snakes around a residential area off County Highway H is a prime piece of nature, and it’s open to the public.

The first Hackmatack National Wildlife Refuge site in Wisconsin has 86 acres of prairie, wetland and woodlands waiting to be explored.

Witness fall colors on the red and white oak trees, or spot migrating warblers and wildflowers in the spring — on or off the trail.

“You can just walk anywhere you want,” said Todd Boonstra, of the U.S. Fish and Wildlife Service.

As work continues on the site, people can still use it as a place to enjoy hiking, hunting and birdwatching, said Boonstra, the site manager.

It is the first piece of property to be owned by the U.S. Fish and Wildlife Service, and the first Hackmatack site to open to the public.

The site is a feather in the cap for those working to realize the Hackmatack refuge proposal.

Hackmatack — the Algonquin word for Tamarack tree — aims to protect more than 11,000 acres of land in Walworth County and McHenry County, Illinois.

“It is a great conservation effort unfolding in this area,” said Steven Byers, chairman of the Friends of Hackmatack.

The Friends partner with the Fish and Wildlife Service on such issues as monarch butterfly conservation and creating a youth conservation corps which employees locals teens work in summer conservation activities.

The two also work on events such as International Migratory Bird Day, bird walks, kayaking Nippersink Creek and other activities to increase appreciation and awareness of Hackmatack.

The origins of the effort trace back to fall 2004, when a small group of dreams began to pursue the idea of a national wildlife refuge.

After completing a study in 2012, the Fish and Wildlife Service formally established the refuge out of areas large enough to provide secure nesting habitats for area-dependent birds and wildlife corridors.

It includes lands owned by the Departments of Natural Resources in Wisconsin and Illinois, as well as the McHenry County Conservation District.

On the map, the proposed refuge loops through lands in and around the Illinois communities of Richmond, Wonder Lake, Hebron and other communities.

In Wisconsin, Hackmatack would stretch through Genoa City, Bloomfield and the town of Linn.

Since the refuge was established, the Friends of Hackmatack have worked with conservation organizations to build it.

More than 1,000 acres in the Hackmatack area have been protected either through conservation easements or land purchases.

This spring, the Highway H site was given to the Fish and Wildlife Service.

The site is also known as the Genoa City or Turner tract, the latter after its former property owners.

Currently, signs will be going up on the site to denote trails and other key features.

Byers said they are discussing building an educational kiosk on the site.

With hunting season coming soon, Boonstra suggested people who visit the site wear bright orange and other clothes so they do not blend into the surroundings.

He also urged hunters to be conscientious while shooting on the land, since there are residences near its entrance.

To learn more about the refuge, an annual Friends of Hackmatack meeting is Tuesday, Nov. 13, at Memorial Hall, 10308 Main St., Richmond.

Gerald W. Adelmann, president and CEO of Openlands, will be the guest speaker, answering the question, “Does Hackmatack really matter?”

The program begins at 7 p.m.

Refreshments will be served.

The woods at Hackmatack National Wildlife Refuge, Highway H, town of Bloomfield, are waiting to be explored. (Contributed photo/Regional News)

A Nodding Trillium, one of numerous wildflowers to be discovered in the spring at the Highway H Hackmatack site. (Contributed photo/Regional News)

Prairie sundown at the Hackmatack refuge site on Highway H, town of Bloomfield. (Below) The 86-acre site, including its impressive woodland, is open to explore. (Contributed photos/Regional News)