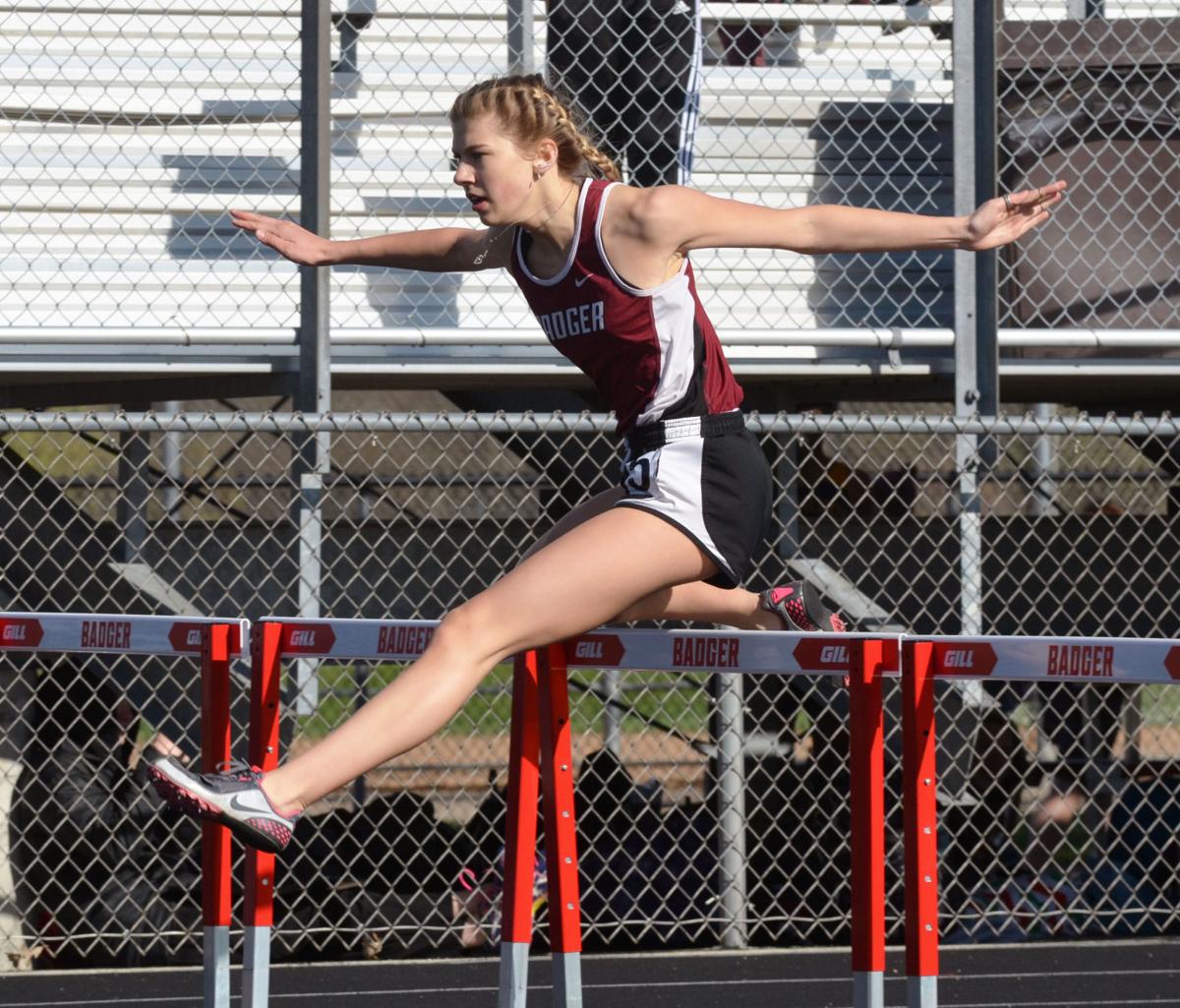 Emilee Booker, shown above during a 2019 meet, capped off her stellar career with a spot on the state podium in the 300-meter hurdles. 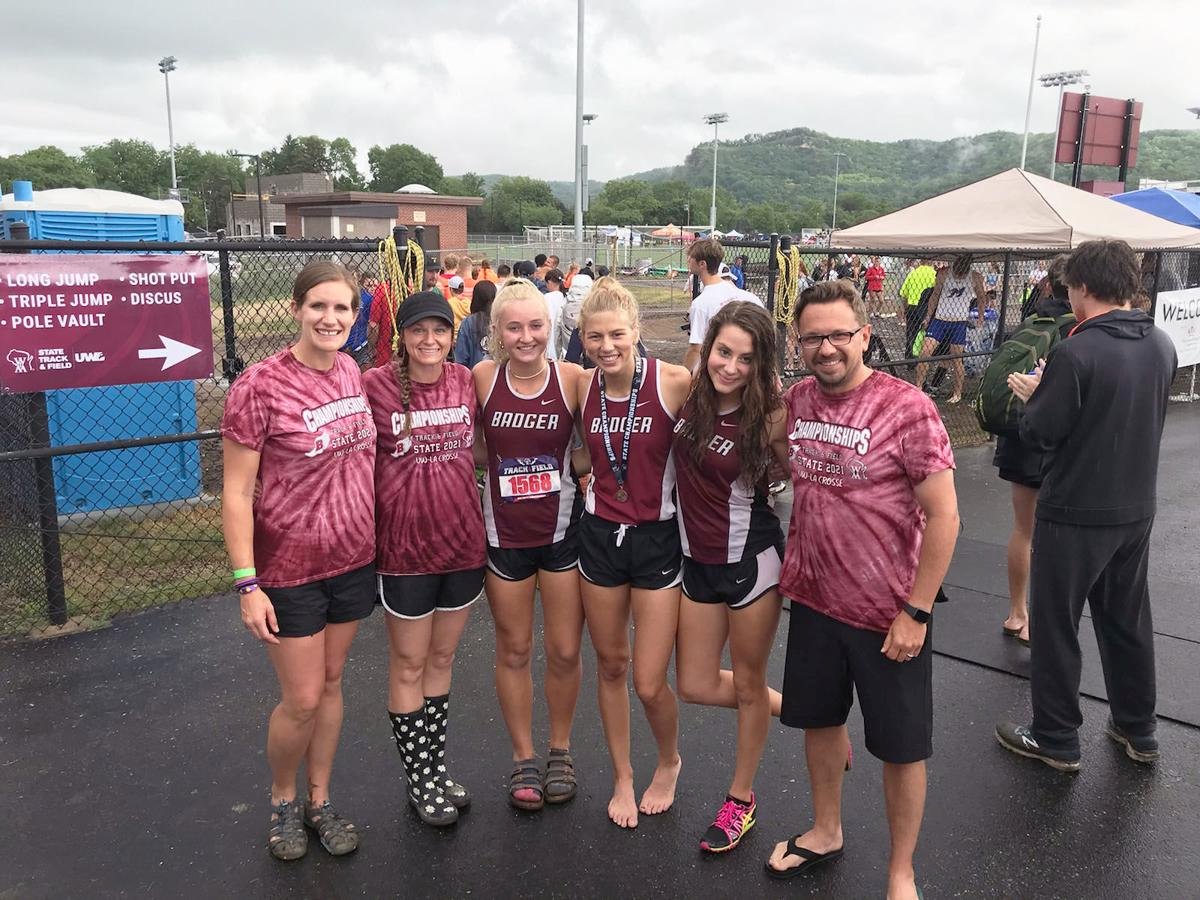 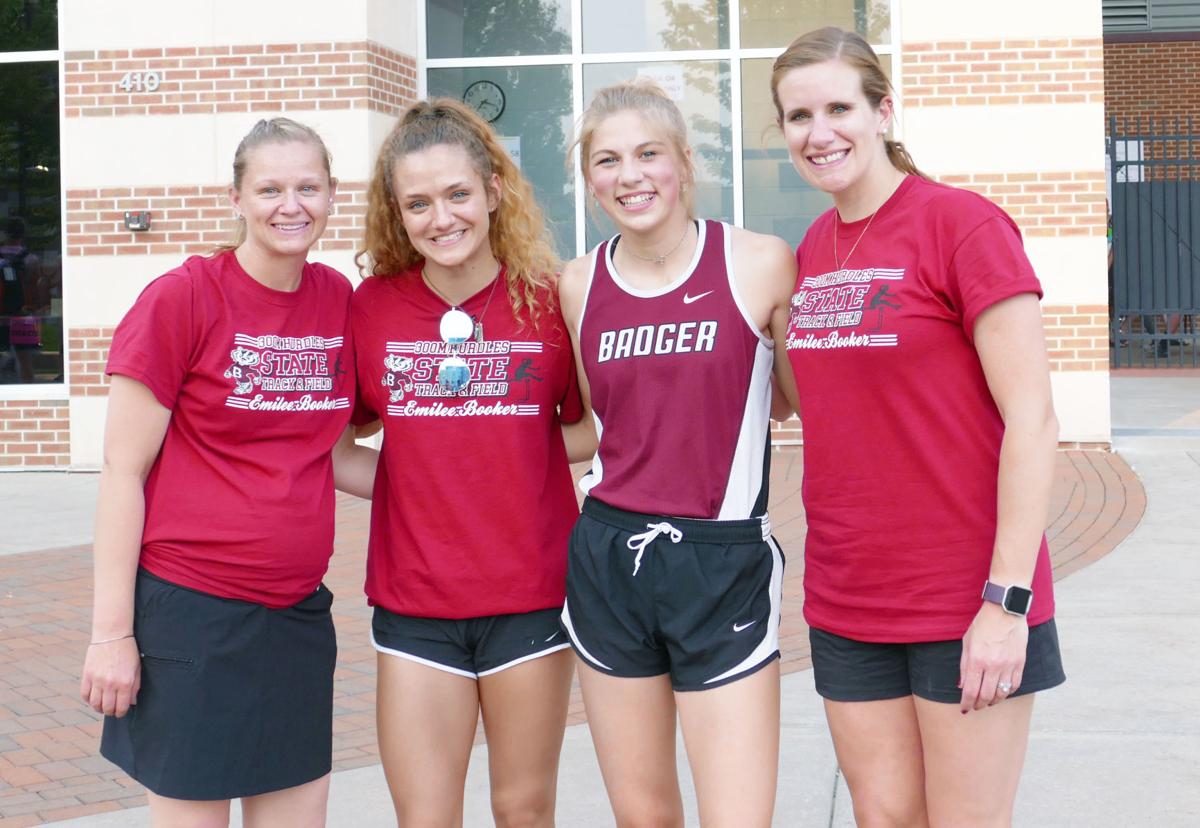 In 2019, Emilee Booker was a rising star on the Badger girls track team.

Only a sophomore, Booker had a stellar season that culminated in earning a spot at the state meet in La Crosse in the 300-meter hurdles.

Once she made it to state, she had a solid finish, placing 13th out of 24 competitors. However, that meant she missed the cut to qualify for the finals, which features only the top 10 competitors.

That near-miss fueled the sophomore to aim higher for the future of her blossoming career.

“I’m going to make it to finals next year, you can quote me on that,” Booker said at the time.

While the coronavirus pandemic prevented that achievement in 2020, Booker reached the pinnacle she aimed for, and then some, this year when she placed fourth in the 300 hurdles at the state meet.

“I always had the goal to get on the podium, so it was exciting that I actually did it this year,” Booker said.

It was a bumpy road to get to that moment of glory, though.

Badger’s track team held its first week of practice in the spring 2020 season before the campaign was shut down, which gave Booker a taste of the season that would not come to fruition.

Heading into her junior year, Booker had been working tirelessly throughout the offseason to try to seize her goal of moving up the state meet standings. When the season was cancelled, she quickly redirected her focus back onto the workouts that had fueled her for the prior nine months.

“I was upset about it for a while, but then there was nothing I could do so I kept working out until the next season,” Booker said.

There was another setback at the start of her senior track season too.

Early in the season, Booker was dealing with a stress fracture in her shin that kept her out of most of the team’s meets and limited her practice time. Rather than running and risking aggravating the fractures further, Booker kept her conditioning up with bike workouts, and perfected her hurdling form with short, precise drills.

By the time the regular season was coming to a close, she had healed enough that she was a two-time Southern Lakes Conference champion, taking the top spot in both the 100-meter hurdles and 300-meter hurdles as she helped the team win its first SLC title since 2013.

Booker added a regional championship in the 300 hurdles on June 14, then qualified for state in both the 300 and 100 hurdles with a pair of top-three finishes at the sectional meet three days later.

As if all of that prior adversity was not enough, Mother Nature threw one last wrench in the gears as a steady rain fell throughout the day in La Crosse on June 26 during the Division 1 state meet.

Nonetheless, Booker took 12th in the 100 hurdles, then improved upon that by taking fourth in the 300 hurdles later in the day that earned her a medal and a spot on the podium.

The fourth-place finish was the first time the Badgers had a girls track and field athlete on the state meet podium since 2016, when Sydney Collins took fourth in the high jump.

Head coach Jenn Chironis was happy that Booker achieved such a lofty goal, especially given all the road blocks set up in her way.

“There are people that are one of the best in the state and they underperform at state and they don’t walk away with a state medal. Emilee deserved to be on that podium so I was happy it all came together on a terrible day of weather and still fighting off an injury,” Chironis said.

That medal finish is not the end of the road for Booker, though, who will join the UW-Eau Claire track team next fall. The Blugolds have a strong Division III track and field program, with their girls squad placing 10th at the 2021 national championships and their boys team finishing as the national runner-up.

Throughout the summer, Booker says she does not plan to run much as she continues to nurse her shins back to perfect health. However, she plans to keep lifting weights, saying “you always need more strength” as she prepares to take the step up to the collegiate atmosphere.

And if all goes well, perhaps she will make it to the national championship finals in a year or two to take her sophomore year guarantee to another level.

Emilee Booker, shown above during a 2019 meet, capped off her stellar career with a spot on the state podium in the 300-meter hurdles.